Blancas juegan y ganan (White to play and win) is a phrase usually used in the description and analysis of certain chess games, which we can read about in the specialised magazines.

Each of these paintings has as its title various combinations of orthographic signs which chess analysts use in order to classify certain moves and shows the portraits of familiar political leaders, and what could be regarded as their antithesis: heroes and antiheroes, in both senses. The same as in a game of chess in which the player has to develop a strategy, whose decisions can influence the future of a game for many moves, so too with politicians who dominate power relations, that paraphernalia in which an “invisible thread” interrelates rulers who, like the players, establish a series of tactics and strategies in such a way that the movements of one compel a reaction from the other.

The personalities portrayed are: the Obamas visiting Pope Benedict XVI; Putin; Edward Snowden, ex-member of the CIA; Liu Xiaobo, Chinese writer and dissident; Cristina Fernández de Kirchner, President of Argentina; Margaret Thatcher and Ronald Reagan; Kim Jong II and members of his circle. There is also a work that is not an individual portrait and which represents a group of pro-European Ukrainian demonstrators in a barricade in February 2014. Of the personalities portrayed, it is not just the physiognomy that counts but also their body language, the gestures of their hands, for example are very significant. A fairly unorthodox use of the multiple pieces therefore helps a great deal since the paintings do not have the usual conventional measures but are instead presented in pieces which could in a certain way emulate the pieces of the popular videogame Tetris. 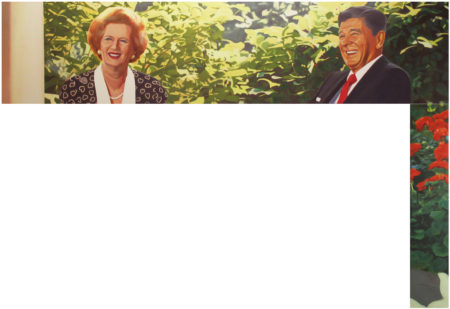 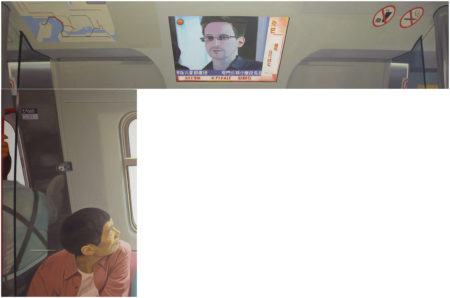