Following “Tips for Artists Who Want to sell / Wall Street”

Between 1966 and 1968 John Baldessari painted Tips for Artists Who Want to Sell. Therein, under an acid irony and sense of humour, the Californian artist gave practical advice to young artists who wanted to make their way in the complicated art market. Through the use of the language he made suggestions on colours, themes and genres; a list that makes up this graphic piece and close to the world of advertising, a pedagogic experience where the author reflected its distrust of the artistic education of the time.

For the selection of the images, Miguel uses one of their habitual sources, the cinema. The film Wall Street (Oliver Stone, 1987) serves as excellent tool to illustrate the contemporary version of the work of Baldessari, since it unites art, money and market. With an eye that divides into sections Miguel stops the film, captures frames and transforms an image of Central Park, a graphic stock exchange or a video film into genres and pictorial themes.

The selection of the movie is not arbitrary; the current economic situation has certain similarities with the climate that the United States lived during the last stage of the Reagan era as a consequence, largely, of the behaviour of the stock market that is described in the film: the wild speculation and the liberalism at any cost promoted one of the worst downfalls in the stock market and a severe economic crisis.

Also we must emphasize the important presence of paintings in the film. The art market lived a great moment in the 1980s, especially in North America. The possession of artistic work summarized material wealth and, above all, provided social status. The work of art was an object of value that could be re-assessed with the passing of the years, an investment for the future.

In order to achieve this it should reject paint those models that cause, fatally, the “accumulation of dust”. Miguel Aguirre “follows the tips” of Baldessari, proposes an irony-laden academic exercise and reinvents the genres of painting through an inexhaustible source: the commercial cinema. 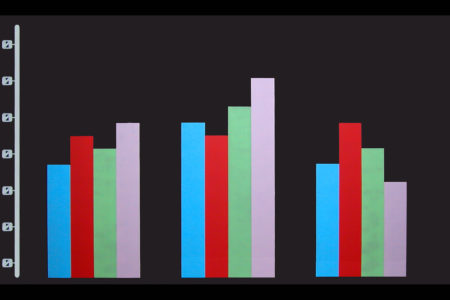 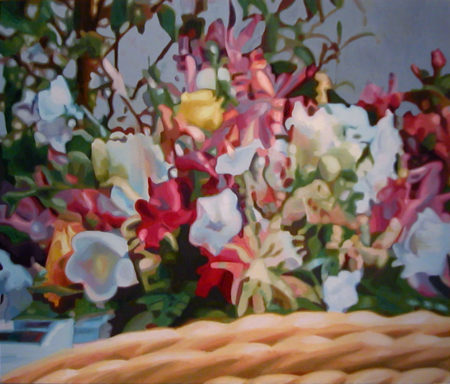 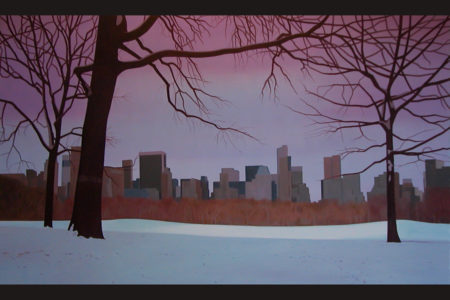 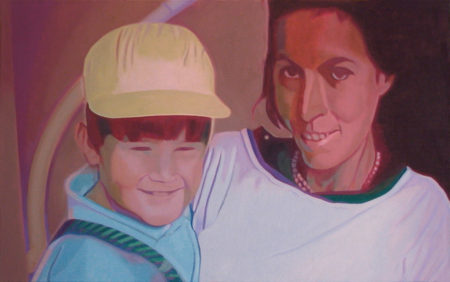 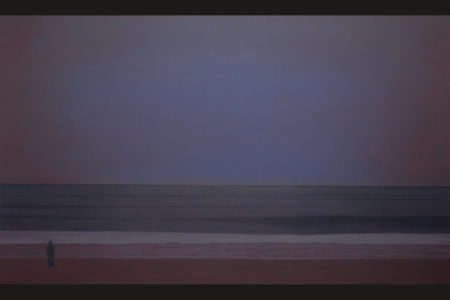 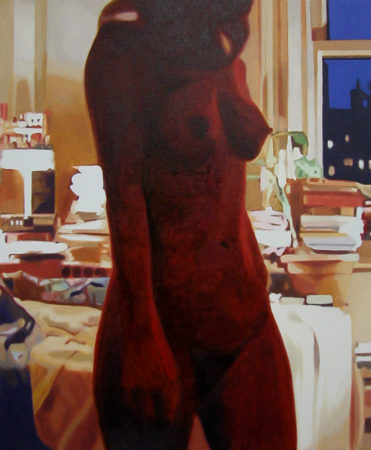 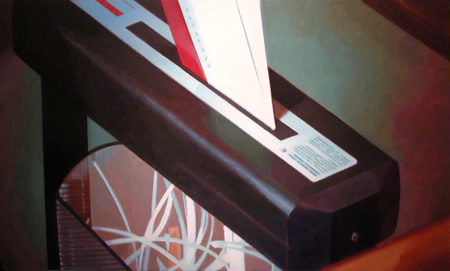 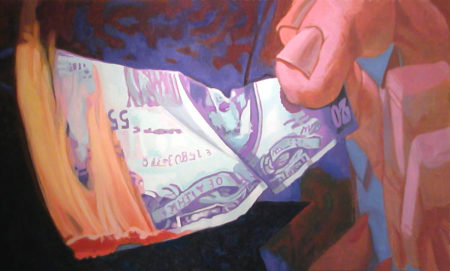 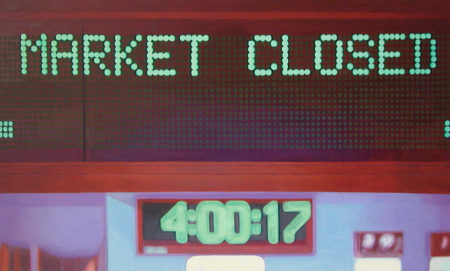 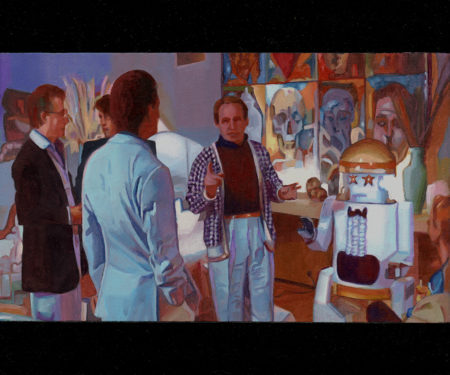